The rarest joystick for your retro computer

In the 80's and early 90's a lot of weird joystick was produced for home computers such as Commodore 64, Commodore Amiga, Atari 2600, Atari ST, MSX and several Japanese home computers.

One of the most weird joysticks ever made, was The Terminator joystick (the grenade). The joystick is produced to look exactly like a real handgrenade. The joystick was produced in solid ABS plastic and has a realistic feel. On the top op the grenade you find the controller - it's very precise because of the microswitches.

The joystick was produced in Denmark by SuperSoft Aps - it was primarily sold in Denmark, but was also sold at fairs in England. Because of the strange look, very few of these joysticks was sold, even though it's a very good joystick.

This is probably one of the rarest joysticks from that period - and you need som luck to get you hands on a one.

The joystick is beeing sold as used at betweeen £25 and £50. My own joystick as you see below, was bougth as New in Box (from New Old Stock) - and the price tag was well above the £100 mark - but finding one "brand new" is definately worth the money. 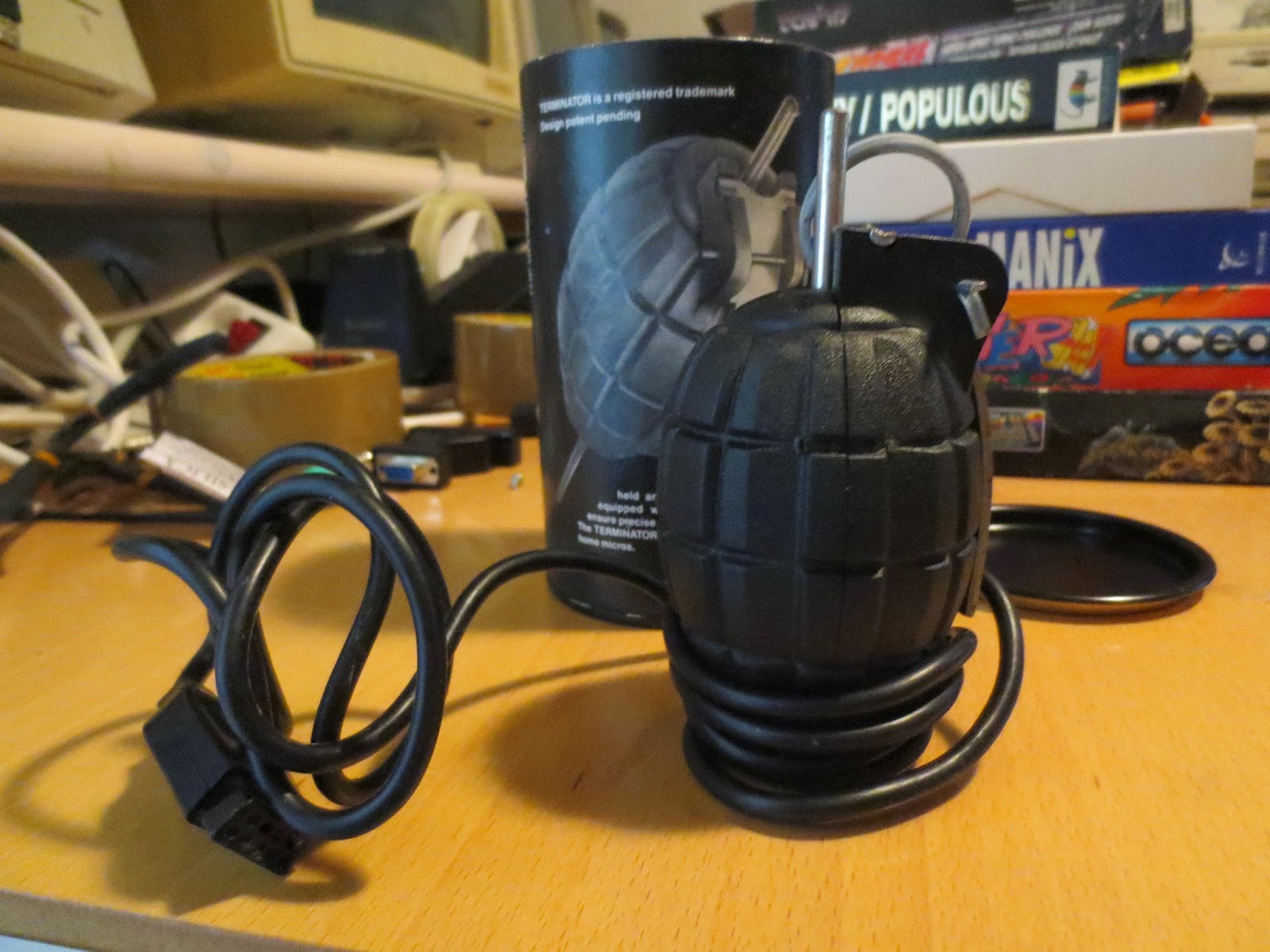 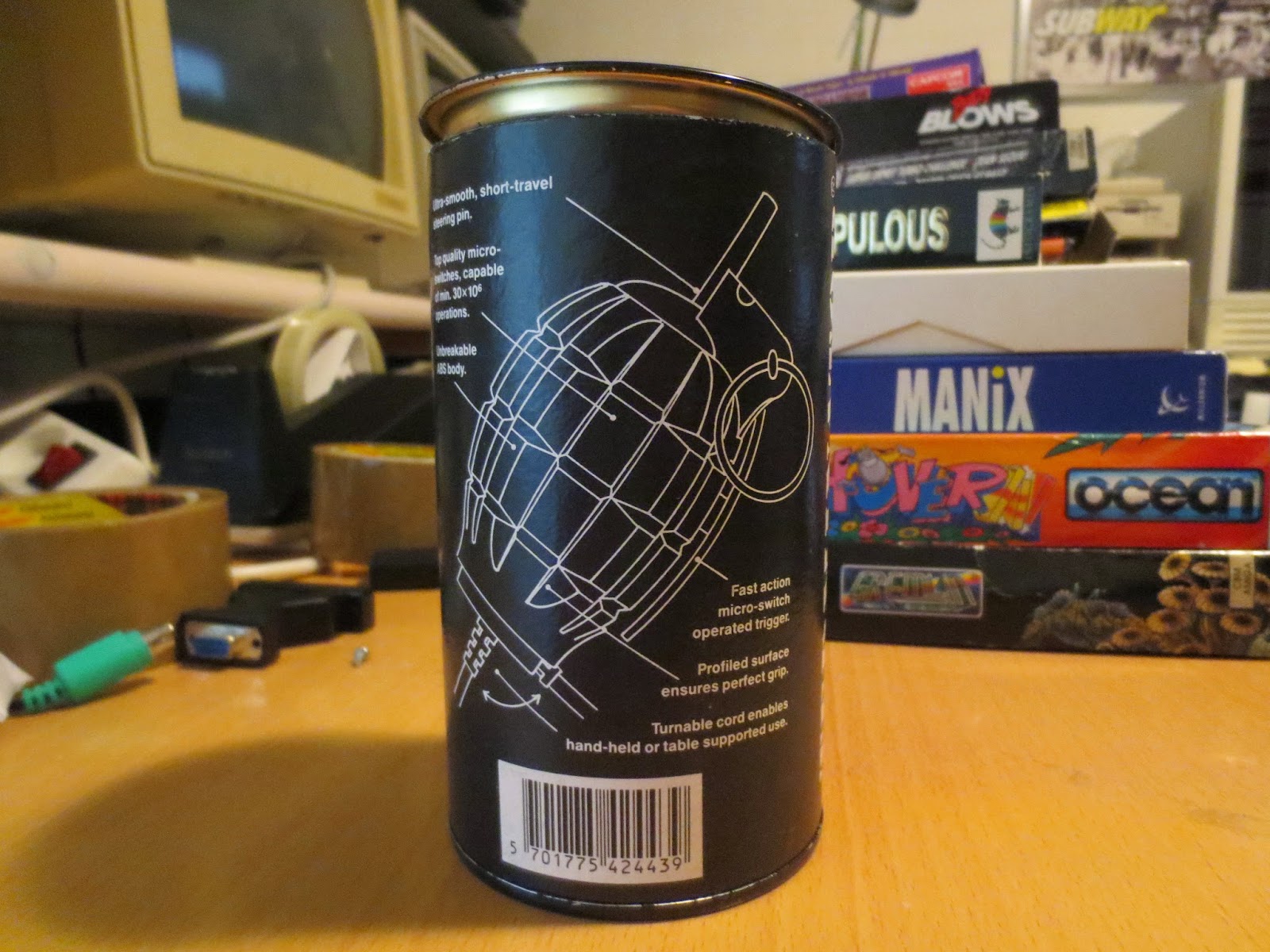 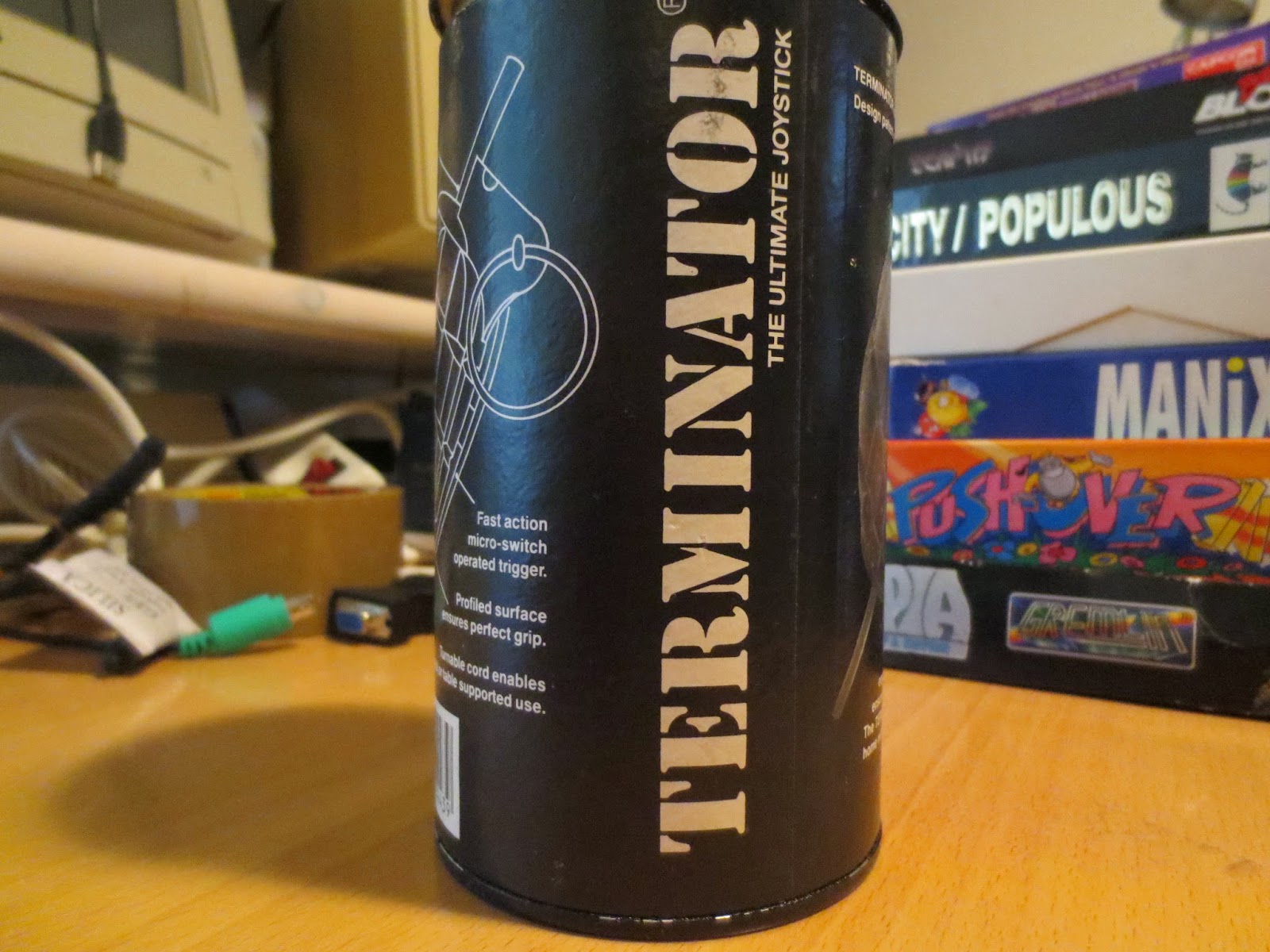